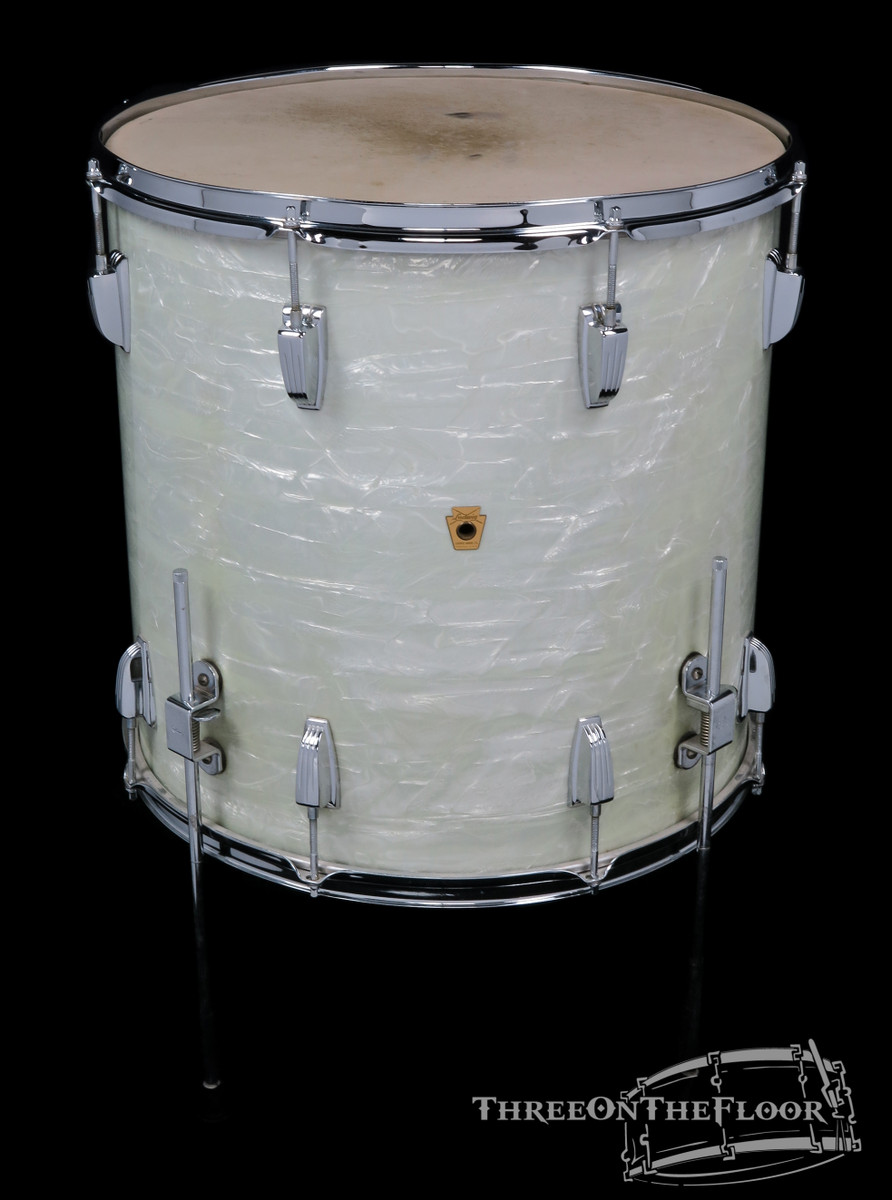 $0.00
1960-63 Ludwig (Pre-Serial) Keystone Floor Tom
Finish : White Marine Pearl
Size : 18 x 18
Up for grabs is an extraordinarily rare, 1960-63 Ludwig Floor Tom in the far unusual size of 18x18. This drum was built for longtime WFL & Ludwig endorser, Ray Bauduc. Ray was known for his work with Bob Crosby in the 1930s-40s and can be seen in and on the front of WFL & Ludwig catalogs. The drum is completely original down the the chrome over brass hoops and original heads! The big R noted inside the drum (along with the 18x18 size designation) most likely was marked for Ray during its build. Included along with the drum is a fiber-style case that also belonged to Ray.